The nuance of the security clearance process is on display with the figures released by the ODNI and the Defense Counterintelligence and Security Agency (DCSA). It’s not just the total number of individuals with a clearance that matters, but also how many of those individuals are actually using their security clearance, along with how those figures compare with other industries.

The restaurant industry is worth $898 billion, and the aerospace and defense industry is worth roughly $551 billion. While the economic impact is more than half, the workforce to support it is significantly less. The numbers show we have more people staffing our local Taco Bells than our local cleared facilities. Based on sheer numbers to economic impact, the cleared workforce should have room to grow. 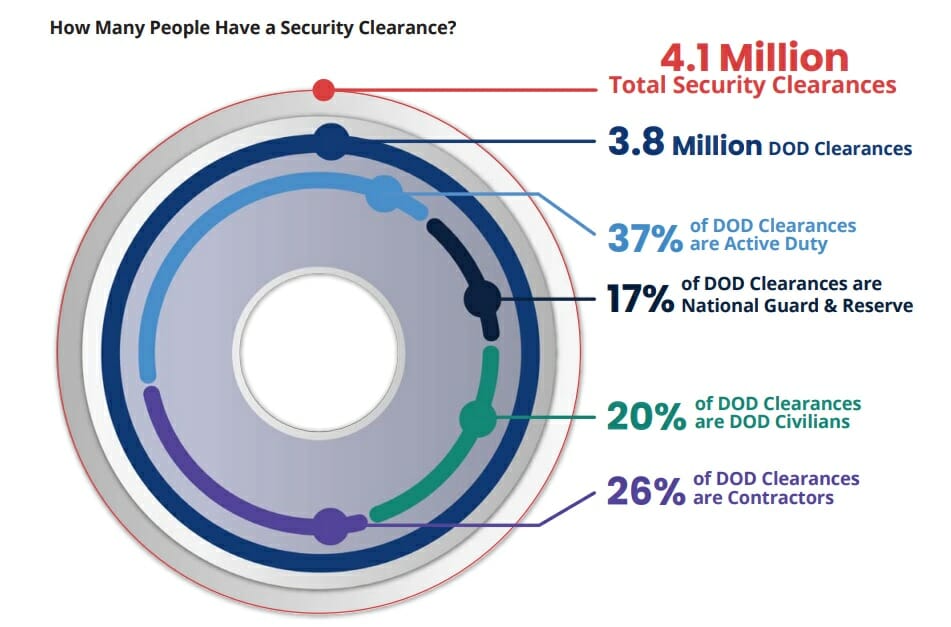 We’ve previously broken down how the number of security clearance holders using their eligibility has gone down post-COVID. Regardless of the reason, the market for cleared professionals has significantly outpaced supply throughout the past five years. Several years ago significant delays in security clearance processing times were the cause of issues in fueling a properly sized cleared population. Today, DCSA has busted its backlog and processes security clearances within benchmarks, but due to the smaller in-access talent pool, the number of applicants interested in open cleared positions remains smaller than the supply.

Security Clearance
Does an Expired Top Secret Clearance Automatically Downgrade to a Secret?
Lindy Kyzer is the director of content at ClearanceJobs.com. Have a conference, tip, or story idea to share? Email lindy.kyzer@clearancejobs.com. Interested in writing for ClearanceJobs.com? Learn more here.. @LindyKyzer